You are here: Home / Certifications

We work to achieve the highest possible standards in terms of product quality, supplier assessment, hygiene standards and consistency of the finished product. The company operates in compliance with the Global Food Safety Initiative (GFSI) and is certified BRC (Grade A) and IFS (Upper Level).

The word Kosher in Hebrew means conforming to the law or suitable and indicates that a food was produced in compliance with the dietary rules prescribed by the Bible. The kosher foods in the United States have a large consumer market because, in addition to observant Jews, they are consumed by Muslims, Hindus and vegetarian and allergic consumers who trust the guarantee of kosher certification because it is considered the most reliable in the analysis of ingredients. The biblical rules allow the feeding of ruminant animals and the cloven hooves (cattle, sheep and goats, and wild animals such as deer) provided that they are slaughtered by experts in the intended manner and therefore not camels, rabbits and pigs; of fish with fins and scales and therefore not mollusks or sharks; and of domestic birds like chickens and non-birds of prey. It is forbidden to eat insects, foods that contain blood and it is also forbidden to mix meat and dairy products. While certification of products such as olive oil is fairly simple, that of foodstuffs containing many ingredients can become very complicated due to the above limitations. In fact all the ingredients in a food must be kosher and the machines used for the production of non-kosher products can only be used for kosher products after being subjected to hot cleaning. In the United States there are about 500,000 Jewish consumers who buy only kosher food throughout the year. Another million Jewish consumers buy these products with varying frequency. Then there are seven million vegetarians who buy kosher products that guarantee that the products do not contain meat and animal fats. There are also more than two million Muslims (who like Jews do not eat pork and dairy products) and over a million Hindus who do not eat meat.

The ISO 9001 Quality Management System is the most famous standard for quality improvement, which now counts, considering 180 countries, over one million certified organizations. The 9000 series standard published by the International Organization for Standardization (ISO) is the only one that can be used for conformity assessment. The ISO 9001 standard is a reference for many other important industry-specific standards, including ISO 13485 (for medical devices), ISO / TS 16949 (for the automotive sector) and AS / EN 9100 (for aerospace), as well as other management system standards such as OHSAS 18001 and ISO 14001.

The IFS Food standard is a recognized GFSI (Global Food Safety Initiative) standard for audits to the food industries. The goal is food safety and quality of processes and products. It concerns the food processes of the manufacturing industries and industries that package loose food. IFS Food applies when the products are “processed” or where there are risks of contamination of the product during the primary packaging. The Standard is important for all food industries, especially for private label products, because it contains many requirements regarding compliance with customer specifications.

Following the growth of private labels in the food distribution sector, the Consortium of Retailers – British Retail Consortium (BRC), has drafted a standard that would allow to protect retailers by defining strict criteria for the qualification and selection of their suppliers. The BRC, which is associated with major British retailers such as Tesco Stores, Sainsbury’s Supermarket and ASDA Stores, has therefore issued a series of standards for the application of good practices in the production, packaging, distribution and sale of foodstuffs and drinks. The BRC Global Standard for Food Safety has been developed with the aim of defining the safety and quality requirements, as well as the operational criteria that must be met by companies operating in the food production sector, in order to fulfill all the obligations under the current regulations and for consumer protection. The certification against the BRC Standard is essential for all companies that want to expand their market and sell the brand products of the GDO. The BRC Global Standard for Food Safety is internationally recognized within the GFSI (Global Food Safety Initiative).

Halal in Arabic means “lawful” and the Halal certification attests that the products, in the agri-food, cosmetic, health, pharmaceutical, financial and insurance sectors, conform to the Islamic doctrine. It is therefore a certification of quality, supply chain and product. In the food sector, the Halal certification guarantees that the foods, in addition to being compliant with Italian and European regulations on hygiene and safety, are prepared according to the rules of sharia. For example, meat, excluding pork that is forbidden, must be slaughtered according to a specific ritual and the drinks must not contain alcohol.

The new European Union Customs Code has made substantial changes to the customs rules and procedures, as well as the relations between operators and the Customs Authority, which will increasingly be characterized by greater collaboration and speed, thanks to the customs status called “Operator Authorized Economic “(” AEO “). The same certification benefits in:

● reduction of customs controls at the time of import;

● reduction of customs controls at the borders of the United States, China and Japan (thanks to mutual recognition agreements);

● competitive advantage over competitors thanks to the prestige of being an AEO certified operator;

● increased customs controls at the borders of the United States, China and Japan; 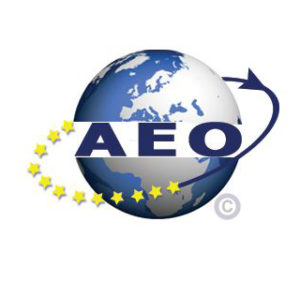 Sedex is a non-profit organization committed to increasing the spread of ethical principles along global supply chains and is the largest platform in Europe that collects and processes data on the ethical behavior of supply chains. The Sedex methodology proposes a procedure (SMETA) to conduct audits at its suppliers that collects best practices regarding the conduct of audits in ethical and social attitudes. CSQA as a member of the independent federation CISQ, the only Italian representative of IQNet, is able to offer the SEDEX-SMETA inspection service. 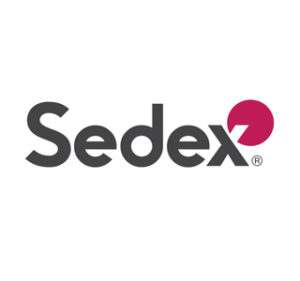